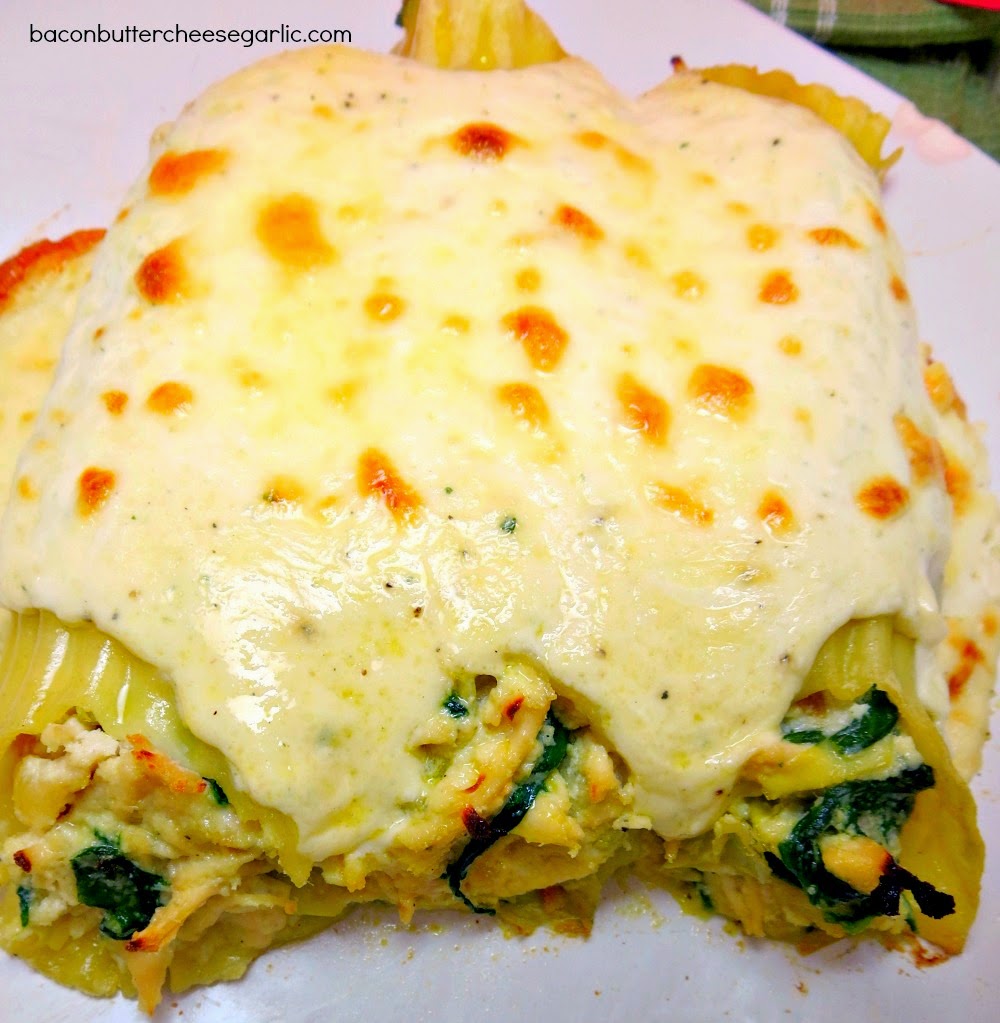 This recipe will WOW you.  It will knock your shoes and socks off.  You are going to start a fight in your house when you make this.  No one will want to share it.  Want to know what it is?  Chicken, Spinach & Artichoke Manelloni with Cream Cheese Bechamel.  It’s to die for.  The sauce is so good that my family were all in the kitchen with their tongues in the skillet at the same time!  Okay, that sounds gross. They really didn’t do that.

So what the heck is the difference between manicotti and cannelloni? Well, as far as I can tell, there really isn’t much difference.  I think traditional Italian cannelloni are handmade pastas that are filled and then rolled up.  But really both can be stuffed with the same things.  But guess what.  I used pasta labeled “manicotti.”  But I wanted it to be called “cannelloni,” so I improvised.  World, I give to you Manelloni. Okay, so I can’t take credit for the word.  There’s actually Manelloni out there in cyberspace.  But this Manelloni is so good, you won’t care about what to call it.  You’ll just call it good.

Or maybe it should be a Cannellotti…

One 8-ounce package manicotti
Shredded Monterrey Jack cheese, as much or as little as you like.

Cook the manicotti according to package directions.

For the filling, drizzle some olive oil into a skillet.  Cook the onion until tender.  Deglaze the pan with the wine.  Add in the spinach and garlic and cook until the spinach is wilted and most of the liquid is cooked out. Remove from heat.  Mix together the Ricotta, spinach mixture, chicken, artichokes, and the egg and 1/4 C of the Parmesan cheese.

For the bechamel sauce, using the same skillet, melt the butter and then whisk in the flour.  Add in the chicken stock and half and half.  Continue cooking and whisking until the sauce is thickened and bubbly.  Add in the remaining 1/4 C Parmesan cheese and the cream cheese.  Continue whisking until the cheese is melted and incorporated.  Season with salt and pepper as desired.  Remove from heat and stir in the parsley.

Preheat the oven to 350 degrees.  Using either a pastry bag or a zipper bag with the corner cut off, fill each tube of manicotti with the filling.  Place them in a 9 x 13 casserole pan.  Pour the bechamel sauce over the top. Sprinkle the Monterrey Jack cheese all over the top.  Bake for about 20 minutes or until the filling is hot and the cheese on top is melted and lightly browned. Sumber http://baconbuttercheesegarlic.blogspot.com 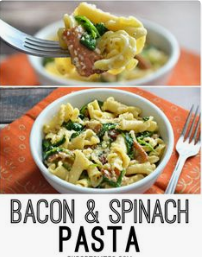 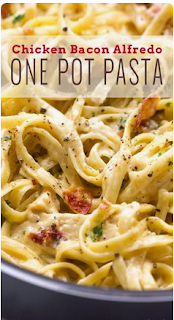