Skip to content
Homepage / Main Dish - Other / Leftovers and Fusion

So you’ve heard of fusion food, right?  Where they mix Mexican food and Asian food together or French and Asian?  If you’ve watched shows that feature food trucks, you’ve seen fusion food before.  My husband loves those shows and often will say, “I want that!”  So then I have to figure out how to make it.  But I really enjoy the outside-the-box meals, so I’m usually game.

On an episode of Diners, Drive-Ins and Dives that my husband watched, he saw something called Cajun BBQ Potstickers.  He texted me to tell me he wanted that, since I wasn’t home.  So I agreed and did my research. We didn’t have any BBQ meat in the house, so he went and picked up some assorted meat from a local restaurant.  So here’s where the leftover part comes in.  If you cooked a really large pork butt for pulled pork and don’t know what to do with the abundant leftovers, make this.  And the coleslaw recipe here makes a lot, so you may want to cut it in half.  I just made a lot because he wanted extra coleslaw for later.  And the dipping sauce for these leftovers?  So good you could drink it.  If you want to watch a video on how to seal up the potstickers, watch this video by Martin Yan of Yan Can Cook.  These potstickers were amazing, and, if you’re game, I think you’ll think so too.

Cook them right, and they really don’t stick to the pot.

For the coleslaw, whisk together all of the dressing ingredients and then add in the coleslaw mix, onions, and jalapenos.  Chill for at least an hour.

For the sauce, put all of the ingredients in a pot and bring to a boil. Reduce heat and simmer, whisking occasionally, about 15 minutes or until the sauce is thickened and bubbly.

For the wontons, chop the meat into small pieces if necessary.  Put a pinch of coleslaw and about 1 1/2 teaspoons of meat in the center of the wonton.  Brush the sides with water and seal up the wonton (watch the video.  It’s not as hard as you think).  In a large skillet, you will be able to cook half of the wontons at a time.  Melt in 2 T of the butter over medium high heat.  Place the wontons, bottom side down, in the skillet. Cook them until they are well browned on the bottom.  You don’t need to move them around, but they will release from the pan when they are fully browned.  Add in 1 C of the water and cover the skillet.  Cook and steam until almost all of the water is gone.  Repeat with the second batch. Serve with the dipping sauce. Sumber http://baconbuttercheesegarlic.blogspot.com 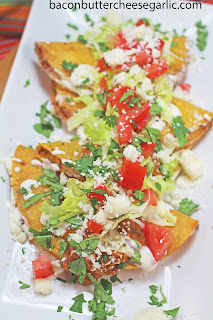 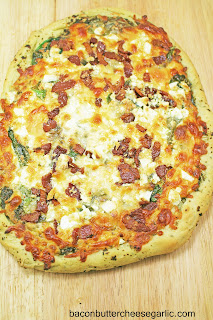 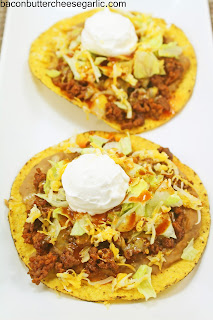